Over the 15-year lifespan of the Sustainable Development Goals (SDGs), the world’s urban population is projected to increase by nearly a third: from 3.98 billion in 2015 to 5.17 billion by 2030. Over the next decade alone, 789 million people are expected to be added to our cities. In recognition of the immense scale of ongoing global urbanization, a significant effort has been committed to the greening of new building stock through design, technological innovation, incentives, accreditation, and regulation.

These initiatives have the potential to transform much of the world’s urban environment. However, most city dwellers depend upon existing buildings and associated infrastructure, which generally predate sustainability-focused changes to construction and design processes. Underscoring the scale of this ‘inherited’ challenge are recent findings by the UN Environment Programme that the operation of existing building stock was responsible for an estimated 28% of global energy-related CO2 emissions in 2019. This is before accounting for the global construction industry, which adds a further 10% to the share of emissions contributed by the building sector.

While the need to construct better new buildings is therefore critical, it’s equally important to understand how the global community can retrofit our existing human settlements to be more sustainable. To do so we must first consider where the built environment fits within the global sustainable development agenda. In any such analysis, due consideration must also be given to differences in not only built form and urban governance but also, as importantly, the socio-cultural conditions from which cities emerge, and should ultimately be designed to support, at a local scale.

Sustainable urban (re)development and the UN

The negative impact of cities and buildings on global environmental sustainability has been recognized by the international community for the better part of half a century. The declaration that resulted from the first United Nations Conference on Human Settlements (Habitat I) in Vancouver in 1976 recognized the detrimental “environmental impact of human settlements.” The concern was that “uncontrolled urbanization” was resulting in “overcrowding, pollution, deterioration, and psychological tensions” in major urban areas. These viewpoints were expanded two decades later at the second such global conference on urban development, Habitat II. There, it was declared that profound changes to patterns of consumption and production were necessary “prerequisites for sustainable human settlements development.”

It was not, however, until Habitat III, held in Quito, Ecuador in 2016, that cities and the built environment were recognized as critical, positive “drivers of sustainable development in an increasingly urbanized world.” Despite hopes that Habitat III, and its outcome document The New Urban Agenda, would reinvigorate interest in cities by the global development community and UN Member States, its implementation has broadly remained subsidiary to the more clearly articulated 17 SDGs (and associated targets and indicators) contained within the UN’s 2030 Agenda for Sustainable Development.

Although the 2030 Agenda includes a much-lauded ‘urban’ goal (SDG 11), there is little direct reference to buildings, construction, urban design, and built form, either within its 10 targets or elsewhere across the 17 Global Goals. Only one out of the full suite of 169 SDG targets refers to buildings and materials (target 11.c), and only for consideration in the context of least developed countries. Both ‘design’ and ‘construction’ do not rate a mention in the resolution’s text. Sustainable urban development is primarily referenced in the body of the 2030 Agenda in paragraph 34. This focuses responses to the “negative impacts of urban activities” through consideration of hazardous chemicals, waste management, and water and energy efficiency.

The greening of existing buildings is therefore primarily able to be addressed through key targets across the other 16 SDGs, attributes that are subsequently embedded within design considerations, guidelines, and standards. SDG 7, for instance, which focuses on affordable and clean energy, includes targets and indicators for improving energy efficiency and investment (targets 7.3 and 7.b). National and municipal governments, and even private utilities, have generated a diverse suite of approaches for supporting household and commercial building energy retrofits globally (see the 2018 State Energy Efficiency Scorecard).

The continuing rapid reduction in photovoltaic (PV) solar panel costs, coupled with differing government feed-in tariffs, subsidies, and targets, has resulted in the integration of rooftop solar at a household scale across a diverse range of urban environments. This addresses both SDG 7 as well as targets within SDG 13 (climate action). In countries typified by low-density suburbia, such as Australia, this has resulted in some local government areas having more than half of all households with grid-connected solar systems. In the Global South, uptake of off-grid panels coupled with batteries for use in lighting, charging devices, heating, and cooking is also transforming urban informal settlements. In the process, this is leading to co-benefits in poverty reduction (SDG 1), education (SDG 3), and decent work and economic growth (SDG 8).

Beyond the regulated city: leaving no settlement behind

Government regulations and incentives continue to play a critical role in regulating, incentivizing, and guiding the greening of older buildings. However, it is also important to recognize that more than one billion urban dwellers reside in informal settlements. These are areas that generally operate outside of formal governance structures, rules, and legislation. Even within formal areas, it is often poorer households that lack the financial capacity to improve their residences or are constrained or disincentivized from direct investment by tenancy arrangements. With the centerpiece of the 2030 Agenda being to leave no one behind, it is critical that national and subnational efforts to improve our existing built environments account for these spaces and the people that inhabit them.

Informal settlements can already show us many innovative forms of sustainable urban living and green built form design. We just need to be more willing to consider, engage with, and learn from their inhabitants. Widespread urban gardening in the informal settlements of Pacific Island cities, for example, provides community governance mechanisms that could be replicated not only in the formal domain, but also by cities in the Global North trying to accelerate urban agriculture. Efficiencies in resource reuse, community recycling, and creative redesign of public open space for cultural practices all offer sustainability solutions that are often not able to be tested and demonstrated within the strict confines of regulated governance.

The world is traversing the second year of the Decade of Action on the SDGs while it struggles with the ongoing impacts of a global pandemic. It is clear that we must draw upon not just the deep interconnections across the different fields of knowledge that relate to sustainable urban development, but also on the diversity of innovative solutions across the world’s cities and settlements. In building back better, we must also rebuild and reconfigure our existing cities. Only then can our urbanized planet transition into a genuinely socially, environmentally, and economically sustainable ‘new normal.’

Dr Alexei Trundle is a Research Fellow in Sustainable Urban Development at the University of Melbourne’s Connected Cities Lab. His current research focuses on the way that cities are contributing to the UN 2030 Agenda for Sustainable Development, as well as urban climate resilience and adaptation planning in Pacific Small Island Developing States. Alexei is a Scientific Advisor to the UN-Habitat Cities and Climate Change Initiative in the Pacific region. 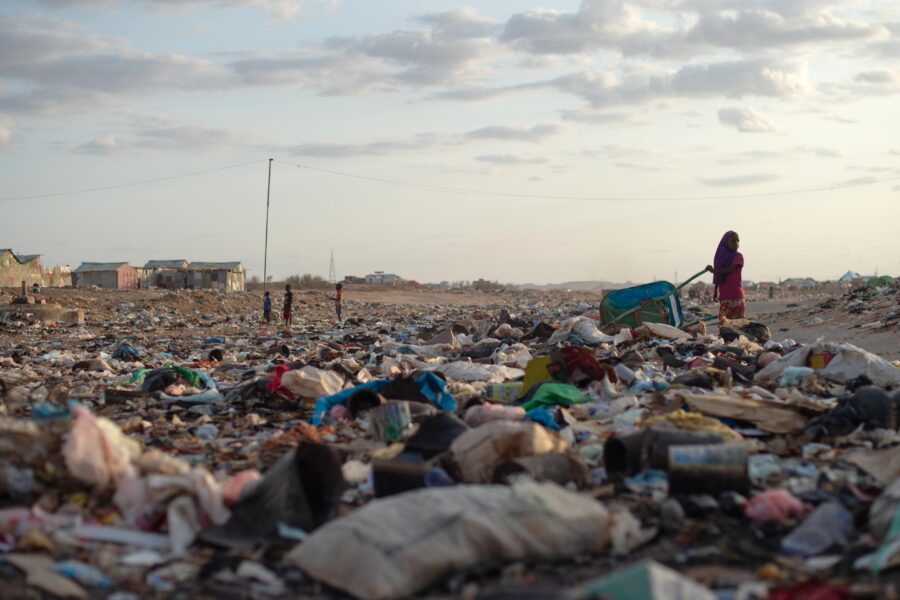 A new approach to waste can advance the circular economy 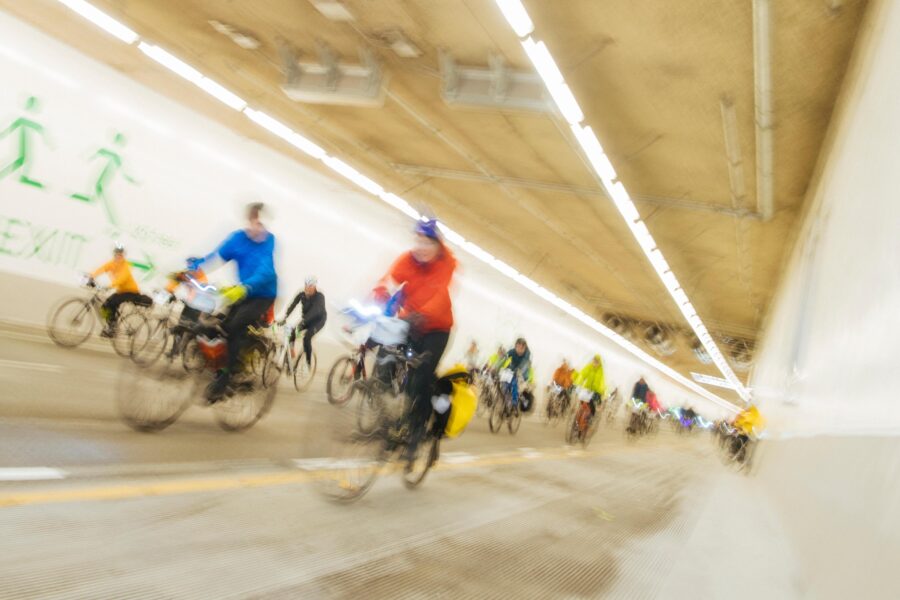 For the world’s growing urban populations, the ‘new normal’ must mean better and sustainable places to live and work, and ways to travel, for all – not just a privileged few 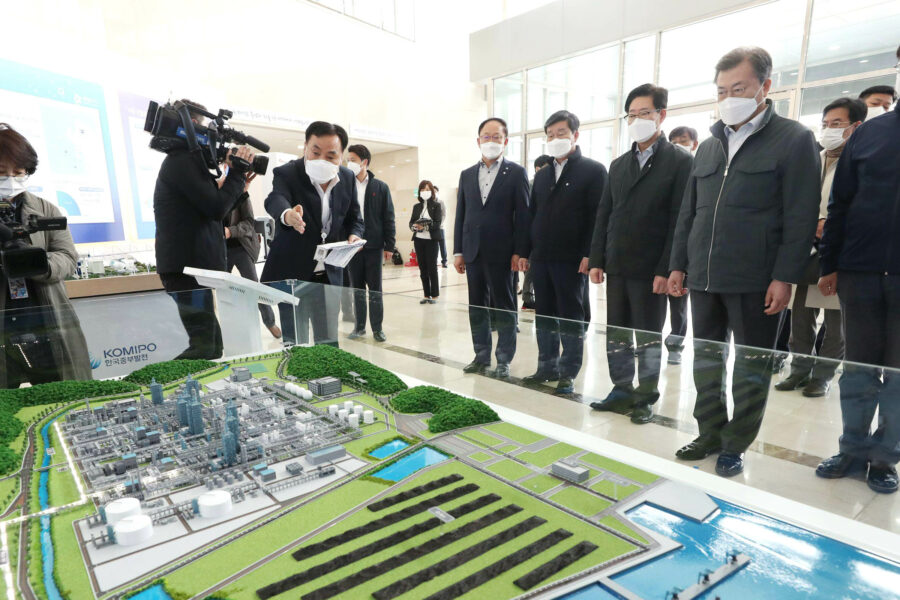