Greta, like many other young people, has questioned and criticized the inaction by politicians and other decision-makers. And rightly so.

Because why is it that (putting aside a few notable exceptions in recent years) most politicians claim to follow science, and yet so many have the weight of scientific opinion against them? What can be done to create a more constructive relationship between science and government?

The key to understanding this paradox of inaction lies in the motives that drive politicians. Legislators are a heterogenous group, with various policy narratives and value systems. In liberal democracies, where they are up for election once every four to five years, public opinion counts, and many competing interest groups will be fighting for their attention.

In my conversations with parliamentarians all over the world about how we can accelerate political action for the Sustainable Development Goals (SDGs), I hear many variations of the same argument: that jobs depend on the oil/gas/coal/agricultural/heavy industry, hence it would be political suicide to campaign for climate action. Or, particularly in the Global South, as long as people cannot feed their families and do not have access to electricity, talking about global issues such as climate change is a luxury no one can afford.

Scientific opinion is not always the same as public opinion, nor in the interest of powerful stakeholders and potential campaign funders. Fifteen years after Al Gore’s film “An Inconvenient Truth,” its title is, tragically, still spot on. Science presents politicians with an inconvenient truth, because it is not opportune for them to act upon it.

There are, however, true leaders among our elected representatives who understand the significance of science-based policy. These pioneers are willing to challenge public opinion and show leadership in their communities. But they face challenges inside the political system: not just by political opponents, but also by rigid and outdated economic models that dictate which policies are considered good investments and which are seen as red (negative) numbers on the bottom line. Spending on clean air, clean water, biodiversity, climate adaptation, and prevention of climate change often come out as red numbers, as the cost of inaction is not part of the metric.

These models have not been updated according to the science, and this contributes to the lack of multisectoral buy-in. The models are not multidimensional, do not encourage legislators to think outside of their specific sectors and do not consider the cost of inaction, such as the cost of environmental degradation. This is why many good policy initiatives are blocked due to lack of initial funding.

To move towards science-based policy, the scientific community must be able to operate according to these dynamics. It is not enough to present solid scientific evidence, data, and facts that are continuously ‘lost in translation’ in the meeting with habitual thinking, competing narratives, and a political culture of ‘who strikes first.’

It is encouraging to see examples of academic institutions around the world beginning to break down silos and work across the sciences, arts, and humanities and take on a more forward-leaning role. Alliances with other stakeholders, grassroots movements, and activists are needed to further align public opinion with scientific opinion. As an example, Columbia University in the City of New York has defined a fourth purpose, besides research, education and service. It is:

“The advancement of human welfare through the complex process of merging scholarly knowledge and our distinctive intellectual capacities with groups and institutions beyond the academy that respect what we do, possess the skills and power to bring about change, and are dedicated to doing that work in partnership with us.”

It is necessary to use different channels and ‘messengers’ to translate the science into actionable policy design that legislators can transform into action.

Ideally, parliaments should establish structures and mechanisms to institutionalize this nexus and provide the structure for the dialogue to take place on a regular and systematic basis. In the absence of this, other actors might support that dialogue to happen.

Think tanks and do tanks, interest organizations, and councils are working to strengthen the science–policy nexus by creating a space for the scientific community to engage with policymakers. This can increase the mutual understanding of what information is needed, and provide economic, social, and environmental perspectives of the scientific evidence, as well as address the bottlenecks that keep evidence from influencing policies.

By using the SDGs to guide their research and policy advice, these groups have been able to ensure that policies that advance the progress on environmental and health goals do not hinder economic growth. They have also identified how policies promoting affordable and clean energy, and responsible consumption and production can accelerate economic progress.

Councils and platforms like the International Science Council and the Intergovernmental Science-Policy Platform on Biodiversity and Ecosystem Services (IPBES) are providing policymakers with scientific assessments about natural and social sciences and are suggesting tools and methods to protect natural resources and global sustainability. They are focused on catalyzing international scientific expertise to effectively integrate science into policy and public action.

The Sustainable Development Solutions Network (SDSN) Europe is facilitating the policy–science nexus by presenting evidence and providing policy recommendations from economic, climate change, and equity perspectives. SDSN Europe’s report, Transformations for the Joint Implementation of Agenda 2030 for Sustainable Development and the European Green Deal is guiding the European Union’s COVID-19 economic recovery, the region’s plan to achieve the SDGs and the implementation of the European Green Deal. It is doing this by providing actionable strategies for policymakers that align with their values and goals, such as ensuring their constituents’ job security.

Parliamentarians for the Global Goals (PfGG) is connecting parliamentarians all over the world with global thought leaders and experts in collaboration with SDSN with an ambition to establish national fora for dialogue among legislators and academia. These fora will help develop concrete policies and campaigns for the SDGs and encourage cross-party dialogue and collaboration. They will also strengthen the exchange of ideas between academia and legislators to accelerate political action for the 2030 Agenda and increase the localization of the SDGs.

It is remarkable that a Swedish teenage activist has had more luck, or skill, than most scientists to get the attention of decision-makers and the media to advocate for science-based policy. It is also a wake-up call and lesson about the missing links, the failure of our traditional structures, to bridge the gap and translate what we know into what we do.

Recalling the words of Greta Thunberg, she and her generation are asking us to “act as you would in a crisis. I want you to act as if our house is on fire. Because it is.”

In times of crisis, we need courageous leaders who are willing to take risks and put their own personal gain aside, to go against public opinion if needed, to do what is right. We need innovation and thought leadership to replace old models with new ones for a new reality. And we need to mobilize – together.

Kirsten Brosbøl is the CEO & founder of 2030beyond, a do-tank for the 2030 Agenda working to accelerate action on the SDGs. She founded ‘Parliamentarians for the Global Goals’, a global network of parliamentarians who work on the 2030 Agenda. She is a former Minister of Environment and Member of Parliament in Denmark. 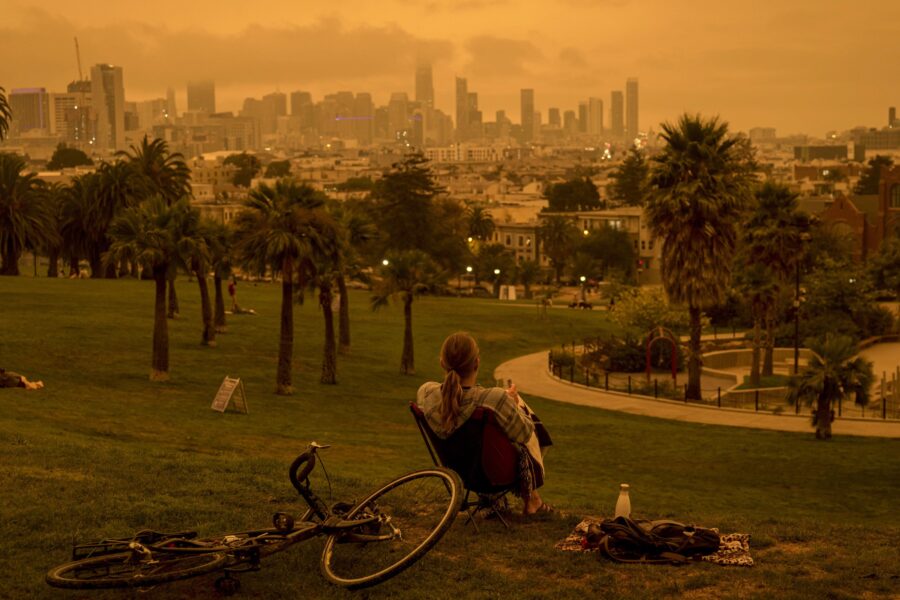 America recommits to climate action and sustainability: can it get the world back on track?

The US is once again committed to tackling climate change. Can it succeed, and take the rest of the world with it? 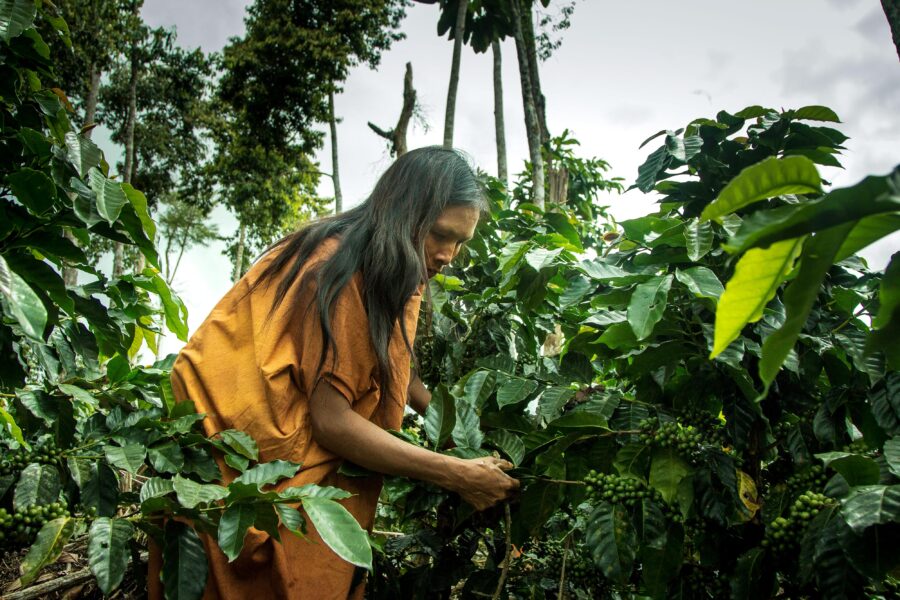 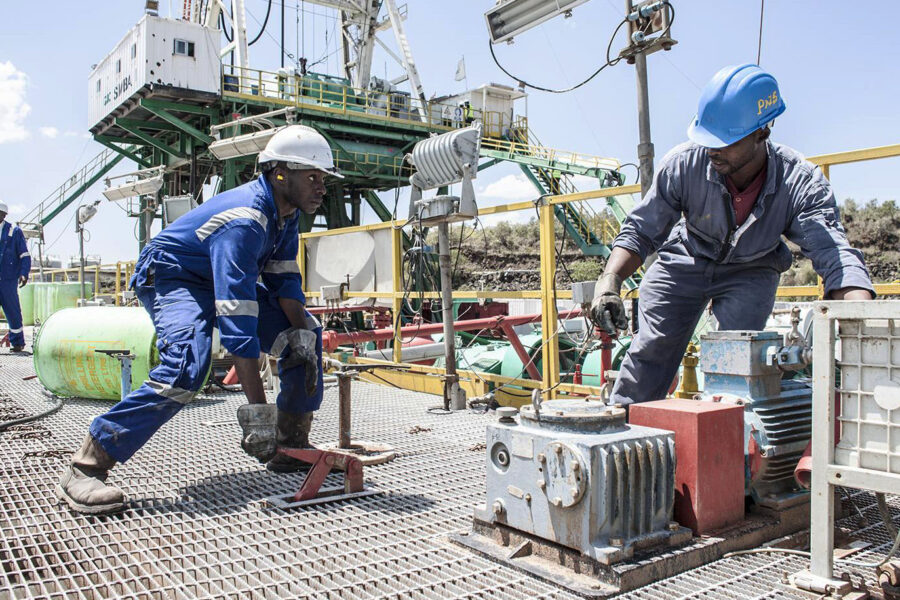