So how did we get to this point? The 17th century saw the birth of steam-powered vehicles, although steam-powered cars never really took off. It wasn’t until the 19th century that internal combustion and electric engines were used in cars. At the beginning of the 20th century, Henry Ford’s mass production assembly line combined with an international oil boom opened the door to car-centric urban development.

Private cars are attractive for many reasons. They provide door-to-door traveling, offer protection from environmental conditions, and in many cases are a social status symbol. But they are particularly inefficient when it comes to road space consumption per passenger, quickly congesting cities and demanding big-scale road infrastructure. This is not only expensive to build and maintain, but is in constant conflict with more sustainable means of transport like walking or cycling.

The combination of road congestion plus emissions from internal combustion engines has caused air quality to plummet in many cities around the world, leading to health problems and premature deaths. Traffic accidents, meanwhile, killed 1.35 million people around the world in 2018, many of them pedestrians and cyclists, according to figures from the World Health Organization.

The Netherlands was one of the first countries to react against the negative effects of excessive car use. The country’s vehicular traffic grew enormously in the 1950s and 1960s thanks to postwar economic growth, but so did accidents and pollution. In 1971 3,300 people died in traffic accidents, 400 of them children. Thus began a series of social protests. Government and social groups worked together to design streets that were more friendly to vulnerable road users. The 1973 oil crisis quadrupled the cost of oil, which also worked in favor of these policies.

Other countries took a little longer to react against car growth. Until the 1990s, many cities followed a policy of “predict and provide”: build all the road infrastructure that vehicular traffic would demand to avoid congestion. Then, as the 90s began, some countries identified that this policy was unsustainable. Instead, they began to switch to a policy of “predict and prevent” to start to manage traffic demand. This new vision led the City of London to implement the Congestion Charge in 2003, with private vehicles having to pay to enter the city center to reduce congestion. Singapore had had a similar scheme in place since 1975, upgrading it in 1998 with a system that could read vehicle number plates automatically.

Congestion charge schemes have since been complemented with other ways of managing vehicular access in city centers. These include limiting parking spaces (especially free, on-street parking), and introducing pedestrian-only streets and dedicated bus and cycle lanes.

In this sense, a safer design for the different users and uses of the road began to be promoted. Measures like limiting speeds, introducing exclusive lanes for sustainable transport modes, better pedestrian infrastructure, narrowing lanes, reducing vehicle turning radii (to slow vehicles down), and concepts like “superblocks” (large areas in a city within which there are no major roads) became common elements of the transport planning portfolio, even when this meant reducing vehicle capacity. Many of these measures can be seen in different city planning blueprints, like the design guides produced by the National Association of City Transportation Officials.

Lithium batteries, with their higher energy density, have enabled many new applications, from mobile phones to electric vehicles. Their cost has decreased significantly in recent years, and that trend is expected to continue. Many developed countries have announced bans on internal combustion engine cars as early as 2030.

However, some important challenges for electric vehicles remain:

Given the characteristics of electric mobility, it makes sense to think of it for smaller vehicles, as these obviously require smaller batteries. This, together with higher energy efficiency, also would mean fewer requirements for charging infrastructure and far fewer batteries to dispose of at the end of their lifetime. Smaller and slower vehicles would also bring far fewer deaths from traffic accidents.

The International Transport Forum defines “micromobility” as a form of transport using vehicles weighing less than 350 kg with a maximum speed of 45 kph (limiting kinetic energy to a maximum that is 100 times less than a car at full speed). This definition is interesting because as well as bicycles and scooters, it also includes microcars (although most are around 400 to 500 kg including battery, such as the Microlino, Renault Twizy and Citroen AmiOne).

When compared with traditional bicycles, e-bikes have two significant advantages. First, they help increase average trip length. Some studies have found average trip lengths increasing from 6 to 7 km on traditional bicycles to 10 to 11 km on e-bicycles, a rise of 50% to 60%. That means that a higher percentage of trips already made in the city could be made by e-bicycles. Second, they allow a wider group of users to consider cycling as an option – for example, those who may not want or be able to pedal using human power alone over longer distances. Cargo e-bikes are also an attractive alternative for “last mile” distribution in urban areas.

Urban regulation can go a long way to promoting these kinds of vehicles, particularly in city centers.

Many countries and cities are working to improve urban air quality and promoting the use of cleaner vehicle technologies. An effective way to do it is by implementing low emission zones (LEZs), where access to most polluting vehicles is restricted or deterred. This can be done by, for example:

Examples of this exist in many cities around the world. Mostly they are in Europe, but also in China, Hong Kong, and Japan.

Internalizing the cost of vehicle use

Car use externalizes many of its costs. This is the case for air pollution, accidents and congestion, where the whole of society pays for a portion of society’s car usage. Externalizing costs leads to a higher demand than what would be socially efficient. Congestion charging is one tool that tries to internalize at least part of these costs to bring down car travel demand to more efficient levels.

In general, there is consensus among specialists that congestion charge schemes are positive for promoting more sustainable and equitable mobility. However, it has been challenging to implement these schemes both socially and politically, particularly because of the charges’ regressive nature: they hit lower-income car drivers relatively harder than higher-income drivers. But then, this has always been the case with car usage. For more than a century, cars have improved accessibility for higher-income groups while making it more difficult for lower-income groups (by having to move around without a car in cities that have been shaped for cars).

Congestion charging is likely to enjoy better social acceptance if other measures to support equitable mobility are introduced at the same time, such as:

Cities are slowly but surely being shaped by the transport systems that exist within, and are in constant development with, them. For almost a century, a car-oriented transport system has dominated city design, in many cases generating a dependency for it.

Changing land-use patterns takes time. But sustainable transportation policy needs to persistently push to obtain results. If urban mobility policy changes every time a government changes, it will be difficult to achieve progress for the long term.

Alejandro Saniger is a Professor at the National Autonomous University of Mexico. He is an academic member of the Department of Systems Engineering, Planning and Transportation of the School of Engineering and collaborates with the Mobility and Green Infrastructure Laboratory of the School of Architecture. He has worked in both academia and the private sector on new mobility and related business models. 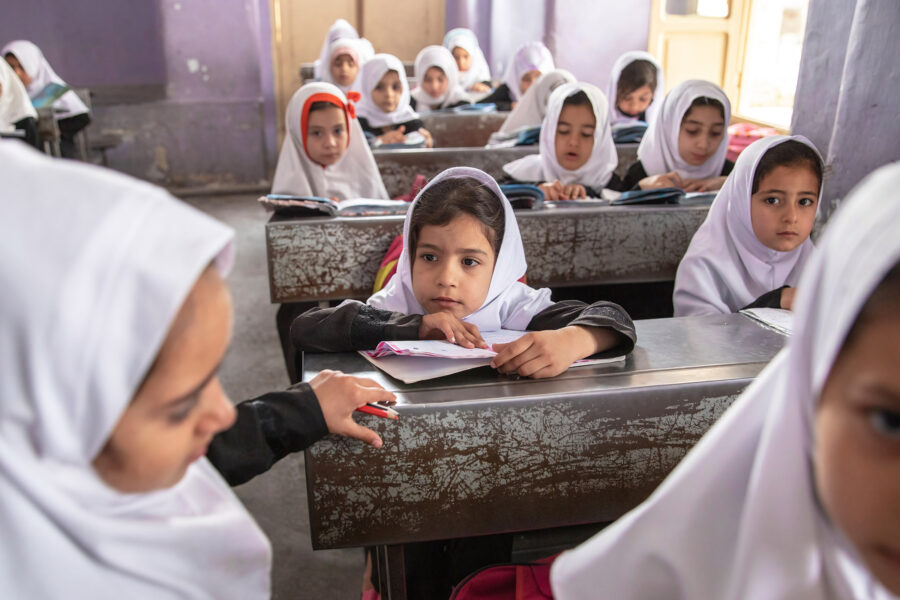 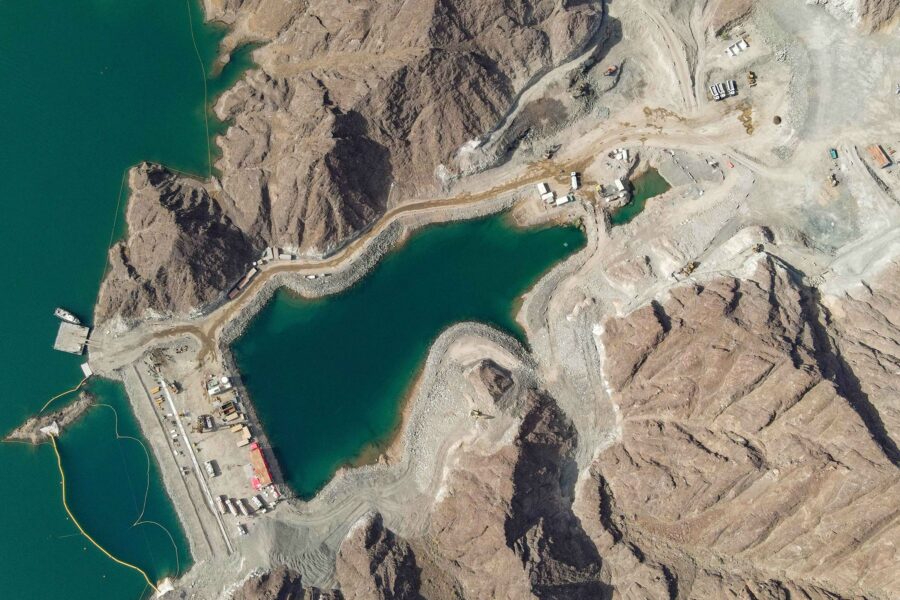 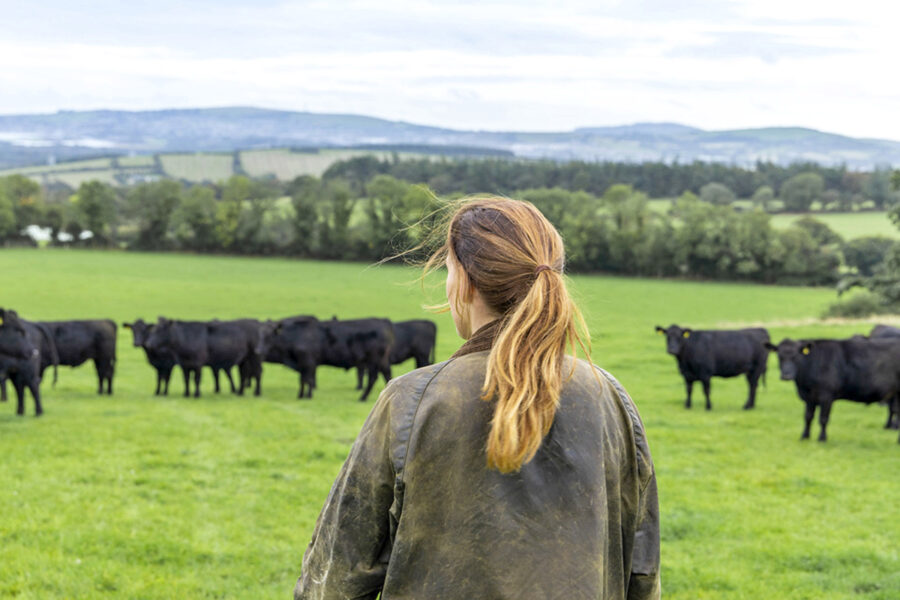