Agreed in 2015, Agenda 2030 called boldly for ending poverty in all its forms and envisaged a world of “universal respect for human rights and human dignity, the rule of law, justice, equality, and non-discrimination.” The Sustainable Development Goals (SDGs) formed the core of the 2030 Agenda and stood as a framework for guiding the pursuit of the agenda and measuring progress thereto.

Among the most important insights of Agenda 2030 and the SDGs was the integrated and indivisible nature of the Global Goals, including in the essential recognition that “realizing gender equality and the empowerment of women and girls will make a crucial contribution to progress across all the Goals and targets.” In this way, the SDGs framework recognized that gender equality and women’s empowerment are essential in their own right, by devoting Goal 5 to their achievement. It also underscored that fulfilling gender equality is pivotal to advancing on the entire spectrum of goals – from poverty reduction, to improved health, to responding to climate change, and to advancing peace and security.

Seven years on, despite the notable agency of women and girls worldwide, it is plain to see that this vital core of the SDGs is imperiled. From the impacts on women and girls of COVID-19, to conflict, economic volatility, and the rollbacks on rights, the path toward gender equality seems more riddled with obstacles than ever. However, investing in gender equality and engaging women in finding solutions across all areas of development remains the single greatest opportunity to achieve the world we want. With eight years left to achieve the SDGs, a step change will be needed to bring a future of gender equality into view – and, along with it, the promise of the 2030 Agenda.

Careening from crisis to crisis

If the impacts of COVID-19 were as broad as they were deep, it is important to also recognize that they hit hardest on the well-being and prospects of women and girls. The jobs and livelihoods crisis that came with the pandemic wiped out the fragile progress on women’s economic empowerment which had been registered in previous years. Women who were already disadvantaged in the labor force lost their jobs at a faster rate and are now regaining them at a slower rate than men. Moreover, the weaknesses of social protection systems left women with little to fall back on. Women and girls, who were already carrying out the vast majority of unpaid care work, took on even more during the pandemic. Worse still, violence against women and girls, already the most pervasive of human rights abuses, spiraled upwards during the crisis in every region of the world.

Unfortunately, the ebbing of the pandemic has not been the panacea for which the world hoped. Just as many countries were beginning to recover from COVID-19, the war in Ukraine erupted, increasing food and fuel prices globally. Conflict and instability are the daily reality not only in Ukraine, but in Afghanistan, Ethiopia, Myanmar, Syria, Yemen, and many other countries. Added to this, the impacts of runaway climate change are already devastating communities.

Just as in the pandemic, we know that it is women and girls who bear the brunt of these crises – of conflict-related sexual violence, of increased food insecurity, of rising inflation, of harvests ruined by floods, of climate-related disasters, and of rollbacks on rights including sexual and reproductive rights.

In this context, it is no surprise that a review of progress by UN Women and the UN Statistical Division reveals that only one indicator under SDG 5 – the proportion of seats held by women in local government – is currently rated as being “close to target,” with women’s representation in local government at 36% globally. In other areas, such as equality in time spent on unpaid care and domestic work, and decision-making regarding sexual and reproductive health, the world is “far from target.” Recalling the interlinked nature of the SDGs, it is similarly not surprising that across the framework the world is only on course to achieve a small subset of its overall targets.

As a framework intended to galvanize global and local action towards common development objectives rooted in the principles of the UN Charter, Agenda 2030 was always understood to be ambitious. The world must not abandon this ambition, even as we seek together to right our course.

As UN Women, we are committed to do our part to support this course correction, by vigorously pursuing our mandate to bring about a future of gender equality by driving outcomes across four interrelated impact areas that are key to driving progress on SDG 5 and the entirety of the Goals.

This includes supporting women’s strengthened participation in governance and public life – for example, supporting the achievement of 50/50 gender parity in decision-making at all levels, leveraging temporary special measures, and deeper policy reforms. We will also utilize our convening power to bring women to the table where the voices are under-represented.

Women’s economic empowerment is equally fundamental. The International Labour Organization has called for 400 million jobs to be created in green sectors alone. We are pushing for women to be the first in line for these opportunities and given training and support to access them, while also supporting gender-responsive policies to the care economy. We are pushing for investment in gender-responsible social protection systems that improve conditions – especially for the world’s 740 million women in the informal employment sector. Moreover, as countries seek to transition economies from fossil-fuel dependency to environmental sustainability, UN Women will fight to ensure that this is done in ways that also boost gender equity. In countries around the world, women are not only the most impacted by climate change – they are also the most engaged in finding solutions.

Ending violence against women and girls will be a focus, by expanding efforts to support states to develop, implement, and monitor national action plans on ending gender-based violence. Expanding our work with women’s organizations, the private sector, and public services to ensure essential support and prevention services will be key to ensuring that commitments made are kept.

UN Women will also work to ensure that women and girls contribute to and have greater influence in building sustainable peace and resilience, and benefit equally from conflict and disaster prevention, and from humanitarian action. Working across the UN System and with national partners, we will support efforts to integrate gender perspectives in humanitarian responses, women and girls’ access to humanitarian services, and women’s continuous voice in shaping humanitarian and peacebuilding processes.

The pursuit of these priorities is carried out in the context of UN Women’s Strategic Plan 2022–2025, a bold vision that centers the agency of women and girls and outlines our work across the normative sphere, UN coordination, and program implementation. Most importantly, it is tailored to national contexts, and undertaken with national and international partners, including government, UN agencies, the private sector, and civil society, and focused on working with the women and girls who are expressing their agency for a better tomorrow – day in, day out.

Realizing gender equality will make a crucial contribution to progress across each of the SDGs. The achievement of full human potential and of sustainable development is not possible if one half of humanity continues to be denied its full human rights and opportunities. The time is now to accelerate our support for women and girls as they lead the way to the achievement of Agenda 2030 and the SDGs.

Sima Sami Bahous became UN Women’s third Executive Director on 30 September 2021. A champion for women and girls, gender equality, and youth empowerment, as well as a keen advocate for quality education, poverty alleviation, and inclusive governance, Ms Bahous has more than 35 years of leadership experience at the grassroots, national, regional, and international levels, coupled with expertise in advancing women’s empowerment and rights, addressing discrimination and violence, and promoting sustainable socio-economic development towards the achievement of the Sustainable Development Goals.
Ms. Bahous most recently served as Permanent Representative of Jordan to the United Nations in New York. Prior to this position, she served as Assistant Administrator and Director of the Regional Bureau for Arab States at the United Nations Development Programme from 2012 to 2016 and Assistant Secretary-General and Head of the Social Development Sector at the League of Arab States, from 2008 to 2012. 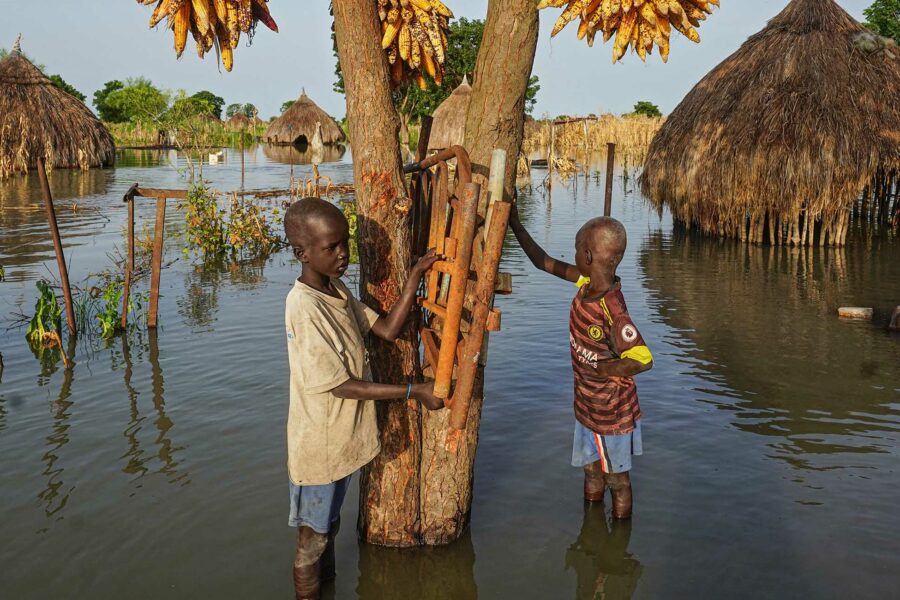 Vulnerability to climate change is higher in many places suffering war, yet peacebuilding efforts often fail to consider climate impacts. In a warming world, where conflict and crisis persist, ensuring that efforts to sustain peace also support climate action must be a top priority 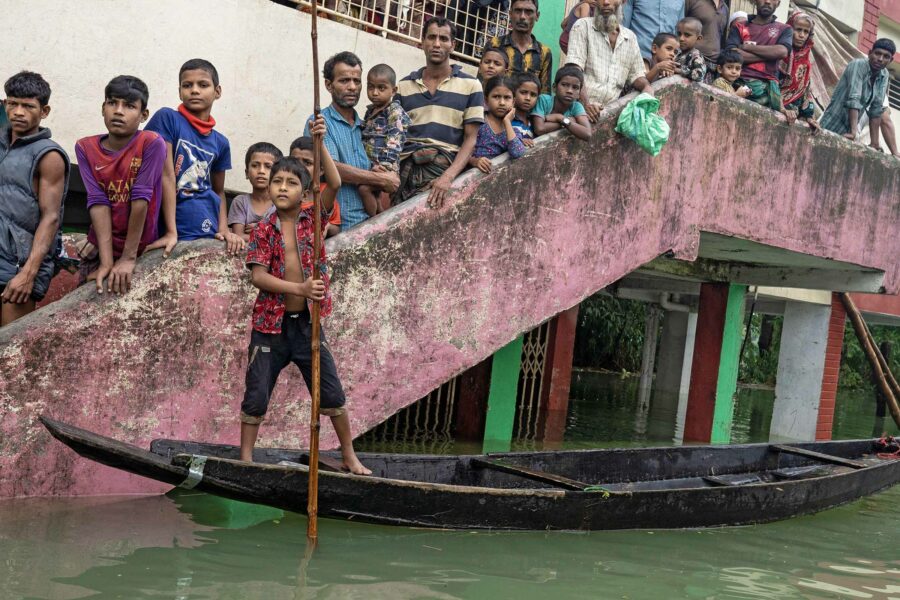 COP27 is the "number one litmus test” of how seriously the world takes the toll on countries that suffer most from climate change, according to the UN Secretary-General. November’s summit must finally make good on promises to deliver climate action that ensures a sustainable future for all 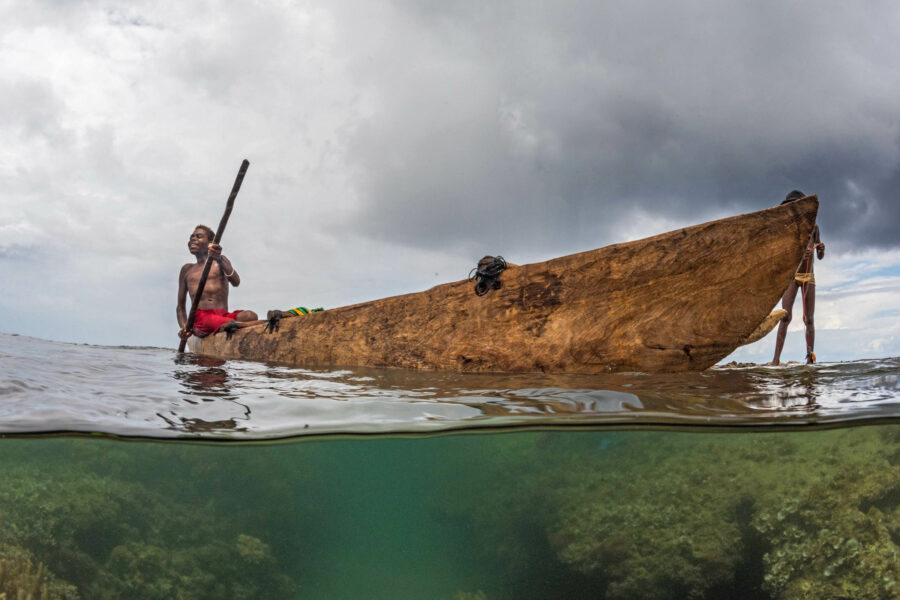 Leaving no one behind on climate action

Systemic inequalities mean lower-income countries are often sidelined when nations gather to set climate policy. Giving communities who suffer most from climate change a meaningful seat at the negotiating table is essential if we’re to steer an inclusive course on climate action