After two centuries of relying on fossil fuels, the world will shift in the 21st century to zero-carbon energy sources. The direction of change is not in doubt; the pace of change is the huge question. Will the world change fast enough to avoid devastating costs of climate change? It’s going to be a very close call.

Here’s why. The Earth has already warmed by around 1.2°C compared with the pre-industrial average. That rise means that Earth is now warmer than during the entire 100 centuries (10,000 years) of civilization, the period since the end of the last ice age. The Earth is warming by around 0.2°C per decade, or even faster. Within a decade or two, Earth could easily exceed the 1.5°C danger limit identified by climate scientists and adopted by the Paris Agreement as the target limit of warming.

Why is 1.5°C so important? Not only will the damages of climate change be very large and globally widespread at that average temperature, but Earth will also be vulnerable to huge and potentially devastating feedback effects. With global warming of 1.5°C, dire risks multiply in several areas:

To head off these risks the world economy must wean itself from fossil fuels as rapidly as possible, and stop or sharply slash other forms of human-caused greenhouse gas (GHG) emissions, such as the CO2 released from deforestation and land degradation, the methane released from ruminant livestock, and the nitrous oxide released from chemical fertilizers. Nature-based solutions will be needed as well for a massive restoration of degraded lands and forests in order to recapture CO2 in soils, forests, and other vegetative cover.

These things will happen. The question is whether they will happen slowly, fitfully, and inconsistently, or whether they will happen rapidly, decisively, and consistently between now and mid-century. Dozens of governments, including those of many of the largest economies, are adopting the goal of reaching “net-zero” emissions by 2050. That means that emissions of GHGs would be at least offset by the biological storage of CO2 in restored lands and in the natural reduction of other GHGs from the atmosphere. The question is whether such political commitments will be enough and will be implemented in time.

Let me offer a scorecard on the critical issue of the pace of change.

First, the political understanding of what needs to be done has spread rapidly in recent years, but is still far from comprehensive. The European Union’s adoption of the European Green Deal in 2019 to 2020 was an enormous breakthrough. It was the first comprehensive program to reach net-zero emissions by 2050 by a major part of the world economy. It was quickly followed by China’s commitment to reach net zero by no later than 2060, and by Japan’s and Korea’s commitments to reach net zero by 2050. The election of Joe Biden as US President put the US into the net-zero group of nations. Now there are dozens. Yet there also remain many governments, including many of major fossil-fuel-producing countries, that still have not signed on to net zero by 2050, including Russia, India, Australia, Indonesia, and the Gulf oil states. We are still far from a decisive global political commitment.

Second, the clarity of how to reach net zero has advanced markedly. While there are still puzzles, the basic pathway to net zero by 2050 is now fairly clear. The UN Sustainable Development Solutions Network has been leading modeling projects since 2014 to answer the question of how to decarbonize, starting with the Deep Decarbonization Pathways Project and in 2020 with the Zero Carbon Action Plan (ZCAP) for the US economy. This year, the International Energy Agency (IEA) issued a comprehensive report on how to achieve net zero by 2050. All of these detailed studies, and dozens more around the world at this stage, point in the same direction.

The pathways to net-zero energy systems include the following:

Puzzles remain, such as the best, low-cost technologies for heavy trucks, ocean shipping, and long-distance aviation. But even in those sectors, solutions are in sight.

Third, the practicalities of implementing such technology pathways have also dramatically improved because of sharp and continuing declines in the costs of key technologies. Solar power costs continue to plummet, as do the costs of batteries at all scales (for example, for vehicles as well as for grid-scale applications), and offshore wind. Rapid progress is also being made in advanced materials, energy efficiency, smart grids, electric vehicles, hydrogen production, and other components of a net-zero energy system. Even breakthroughs seem on the horizon for hydrogen-based ocean shipping, and for alternative fuels (such as advanced biofuels and synthetic green fuels) for aviation. The net cost of decarbonizing the US energy system compared with the status quo seems to be well below 1% of GDP per year between now and 2050, and perhaps near zero if the costs of green technologies continue to decline rapidly in coming years, as seems likely.

Fourth, the capital markets are finally beginning to get the message. Until the late 2010s, while scientists and technologists were highlighting the potential of a rapid energy transformation, most Wall Street bankers and money managers were still not shifting their investments decisively towards decarbonization. The big banks continued to pour money into pipelines, oil and gas exploration and development, and even coal. Green rhetoric ran ahead of green investing. ESG investing (that is, investing ostensibly guided by environment, social, and governance considerations) was widely regarded as “greenwashing” rather than a real shift of investor action. Yet all of that is changing, perhaps with the defeat of Donald Trump and the Biden administration’s commitment to decarbonization.

Since 2020, investor funds are pouring into zero-carbon technologies. Tesla, the electric vehicle manufacturer, has soared in market capitalization far ahead of the incumbent producers of internal combustion engine vehicles. Pipeline projects, oil and gas exploration projects, and fracking projects are being cancelled. There remain considerable new investments in oil and gas, far above what is consistent with a net-zero-by-2050 trajectory. Yet the behavior among major investors seems finally to be shifting significantly and, in my view, irreversibly given the climate risks and decarbonization opportunities.

Fifth, other key stakeholders are now weighing in, shifting the balance of political power against the fossil-fuel industry. For a hundred years, during the 20th century, Big Oil ran the show. Access to oil was considered so vital for national security that Big Oil companies like ExxonMobil and Chevron had seemingly unbounded lobbying power in Washington. Perhaps not surprisingly, these companies epitomized political arrogance. They found it hard to believe that a group of climate scientists and environmental activists could come anywhere close to threatening their financial bottom line.

How quickly now the times are changing. In May 2021, the ExxonMobil management lost a highly contested shareholder vote that put three backers of decarbonization onto the ExxonMobil board. At Chevron, activist shareholders passed a resolution over management opposition calling on the company to cut the GHG emissions from their product mix. The Supreme Court of the Netherlands ordered Shell Oil to slash emissions by 45% by 2030, as part of its duty of care under Dutch law.

The bottom line is therefore the following. With the 2015 Paris Agreement, the world’s governments finally adopted a global agreement to try to keep global warming to below 1.5°C. The scientists have indicated that this requires, at the least, that the world reach net-zero emissions by mid-century, and that even with that breakthrough, the limit of 1.5°C warming might still be exceeded. Even after Paris, however, and especially in view of the disastrous Trump administration in the US, actual progress towards net zero by 2050 was scant or non-existent, as global emissions continued to rise, and as big money continued to pour into the fossil-fuel energy sector. Yet all of this is now changing. Governments around the world are adopting the net-zero-by-2050 goal. They are discovering the pathways to action, especially as the costs of the energy transition continue to fall. Investors are now pouring money into clean energy on a massive scale. Key stakeholders, from ESG investors, activist shareholders, and the courts, are weighing in.

This year, 2021, could therefore mark the political and financial tipping point to a clean energy future. All eyes are on COP26 in Glasgow in November, when all of the world’s governments assembled together will have the occasion to align on a pathway to decarbonization by 2050.

Jeffrey D. Sachs is a world-renowned professor of economics, leader in sustainable development, bestselling author, and syndicated columnist. He is the co-recipient of the 2015 Blue Planet Prize, the leading global prize for environmental leadership, and many other international awards and honors.

He is a Distinguished Fellow of the International Institute of Applied Systems Analysis in Laxenburg, Austria. Sachs is currently President of the UN Sustainable Development Solutions Network under the auspices of UN Secretary-General António Guterres. 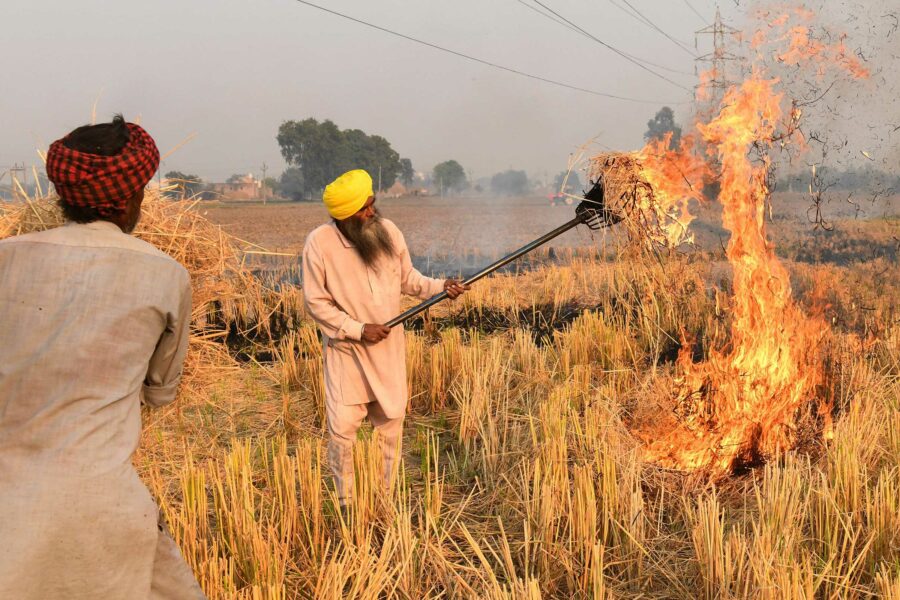 Cleaning up the air 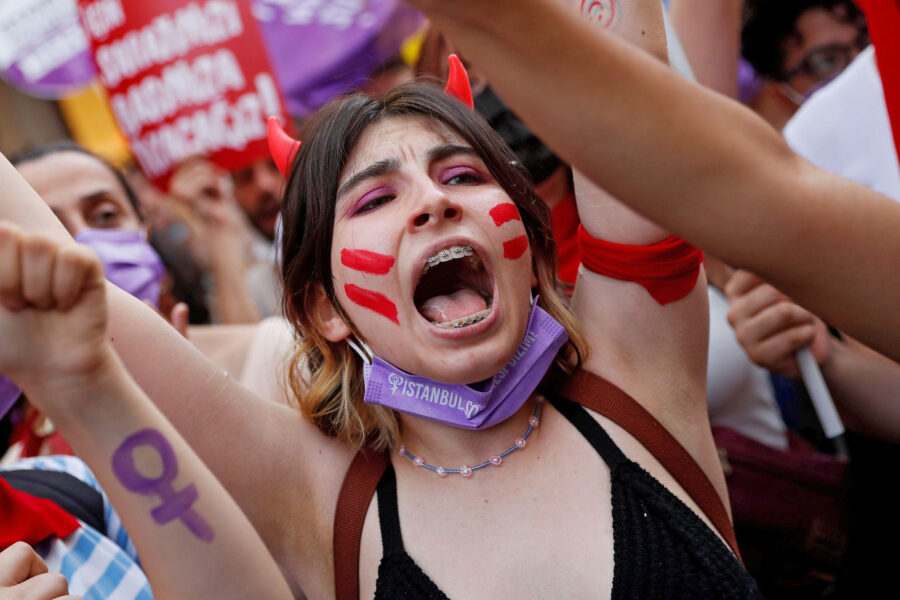 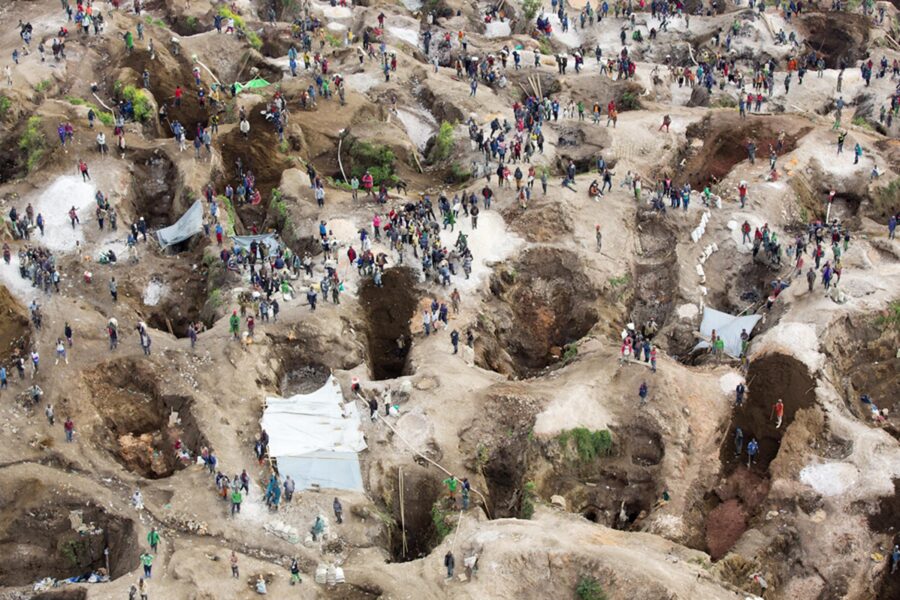