The saying “it never rains, but it pours” is appropriate to describe the current difficulties that confront the global economy, especially the developing world. We have seen the worst of the COVID-19 pandemic, which has so far claimed over six million lives and plunged many countries into recession. In Africa, gross domestic product (GDP) contracted by 2.1% in 2020, marking the continent’s first recession in over half a century. In 2021, an estimated 39 million Africans slipped into extreme poverty, with women disproportionately affected. As countries emerge from the ravaging impacts of the pandemic, the situation has been compounded by the current adverse impact of Russia’s invasion of Ukraine. The war has sent global prices of gasoline and basic foodstuffs like wheat spiralling out of the reach of many poor people.

The combined effect of coronavirus and the war in Ukraine is the eroding of the hard-won gains that many African countries have made in poverty reduction over the last two decades, where economies on the average grew by 5.1% annually. According to AfDB,  the average debt-to-GDP ratio in Africa is expected to increase significantly to over 70 percent, from 60 percent in 2019.

Least developed countries (LDCs), particularly those in Africa, should be supported through every means possible to avoid another “lost decade,” like the 1980s where GDP growth averaged 1% or lower. Funding those with the greatest need in Africa should therefore be of utmost importance in the face of domestic COVID recovery responses in the developed world and an increasing focus on the Ukraine crisis. However, there is every likelihood that the resources that have traditionally been made available to developing countries will be reduced.

The global response to the pandemic reaffirmed the need for countries both in the Global North and South to work together, reflecting nations’ interconnectedness in an increasingly globalized environment. However, vaccine nationalism brought to the fore the chasm between Africa and its more developed partners. The rhetoric from western capitals was in most cases to refer to vaccines as global public goods, resources to be made available to all. Yet, in reality, the developed world adopted a “my country first” approach to vaccine allocation and utilization. This had a profound impact on many African countries.

The impact of vaccine nationalism is that the race to attaining Sustainable Development Goal (SDG) 3 on good health and well-being has been sidetracked. To avert such a repeat occurrence in the future, the African Union has stepped up the focus on vaccine manufacturing. Twelve facilities expected to produce a wide range of COVID‑19 vaccines are either in operation or in the pipeline across six African countries: Algeria, Egypt, Morocco, Rwanda, Senegal, and South Africa.

Africa is a continent that is also fighting a major battle against climate change and biodiversity loss. Most African economies and communities are dependent on environmental and natural resources for their livelihoods, and these are being negatively affected by climate change. Africa will not be able to finance the scale of the investments needed to tackle climate change and biodiversity loss on its own. The scale of the challenge facing Africa calls for a dramatic step up in international efforts and global cooperation.

Yet, as we have witnessed, the processes for achieving global consensus for funding climate action has been painstakingly slow. Developed countries who have historical responsibility for warming the planet have failed to meet their climate finance pledges. It is generally agreed, and was acknowledged at COP26 in Glasgow in 2021, that the existing target to provide USD 100 billion of climate finance a year by 2020, in line with the outcomes of the Copenhagen Climate Summit of 2009, has been missed.

The key question is: how does Africa achieve the climate action goal (SDG 13) if the funding is not available to those who are most affected but who have played little or no role in the climate crisis?

With Africa’s share of global population projected to increase from 17.5% currently to 40% by 2100, the path that the continent chooses or is forced to adopt will have significant impact on the planet’s future sustainability, especially given that Africa’s energy use will grow rapidly to meet its development needs. The 2020 report by the Food and Agriculture Organization of the United Nations, The State of Food Security and Nutrition in the World, showed that the pandemic has exacerbated the difficulties in accessing food, with moderate to severe food insecurity in several African countries.

Africa has massive potential as a global economic driver, a leader for digital innovation, and an exemplar for climate-resilient infrastructure. The African Continental Free Trade Area offers massive opportunities for development and trade access to a population of 1.3 billion people (expected to rise to 2.5 billion by 2050). Africa is ready for investment, and provides strong business opportunities. However, many countries on the continent are short-changed by the challenges of losing billions each year in illegal movements of money. The UN Conference on Trade and Development estimates these illicit financial flows to run at some 3.7% of GDP, equivalent to USD 88.6 billion per year as at 2020. This is equivalent to the flows of official development assistance (ODA) and foreign direct investments (FDI) into Africa combined. The United Nations estimates a funding gap of USD 200 billion per year needs to be filled if African countries are to meet the SDG targets by 2030. That’s equal to the amounts of illicit financial flows and improved tax collections combined.

Millions of people, particularly the poor and vulnerable, have been pushed into poverty. Yet more are on the edge of falling into the poverty bracket. This is likely to increase both the legal and illegal migration of young people from Africa to other parts of the world. This in turn will lead to a shortage of skilled workers across the continent, including engineers, artisans, physicians, and other professionals who are critical for national development.

COVID-19 and the war in Ukraine have added extreme pressure to an already precarious African public finance situation with an accelerated build-up of government debt across the region. With so many demands on the limited fiscal space of many African governments, this is an opportune moment to reflect on development cooperation and financing and ask the difficult question: “How will the funding needs of the LDCs be met?”

Strengthened domestic resource mobilization, ODA, blended finance, debt relief and restructuring, and promotion of financial investment, are all instruments offered as solutions to the challenge of financing for development. All have pros and cons. Developed countries have largely failed to provide 0.7% of their gross national income in aid to developing countries. But is leveraging development finance to mobilize private capital flows through blended finance the answer? What is certain is that all the above must be in the funding mix for LDCs, as public and private finance are guided by different interests and principles.

Overall, developed countries must step up on their ODA commitments. Private sector investors do not typically fund the social programs and essential services for which the inequalities exposed by the pandemic have showed there is dire need (for example, community vaccination programs). African countries must create strong alignments between national planning, budgeting, and revenue collection capacity. Nations also need budgets that operationally link national development plans to investments and impacts on the ground. Finally, irrespective of the source of funding, there needs to be greater coherence, coordination, and accountability of actors, and – most importantly – alignment with the development objectives of the LDCs.

Estherine Lisinge-Fotabong is the Director of Programme Innovation and Planning at the African Union Development Agency (AUDA-NEPAD). She received an award of recognition from the Government of Egypt in February 2020, for her support to Africa’s development and women's empowerment. Before her appointment as Director at the AUDA-NEPAD, Mrs Fotabong was the UNEP Country Liaison Officer for South Africa and the Senior Environment and Tourism Adviser to the NEPAD Secretariat. 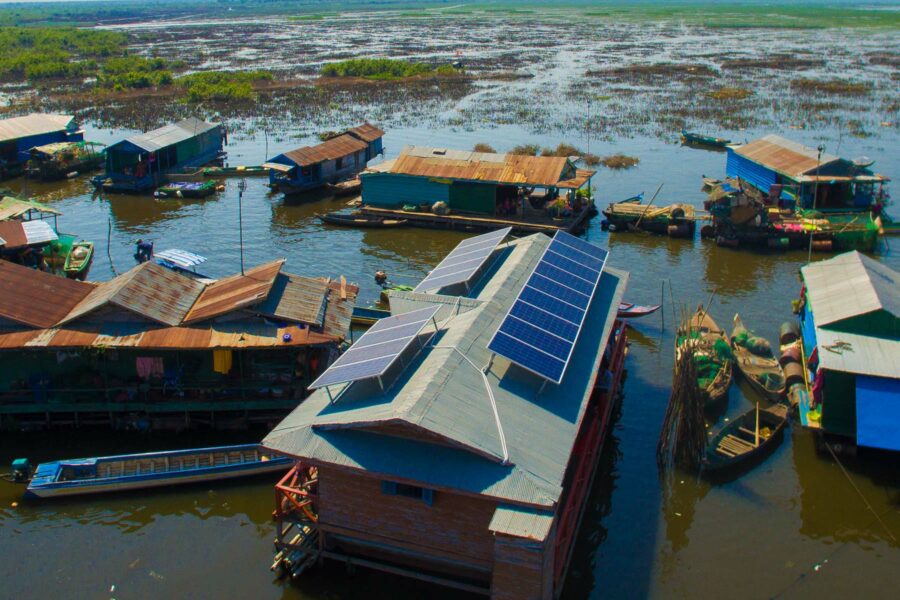 Leaders across government, civil society, and the private sector must support the rapid, exponential growth of low and zero-emissions technologies if the world is to achieve the Paris goals 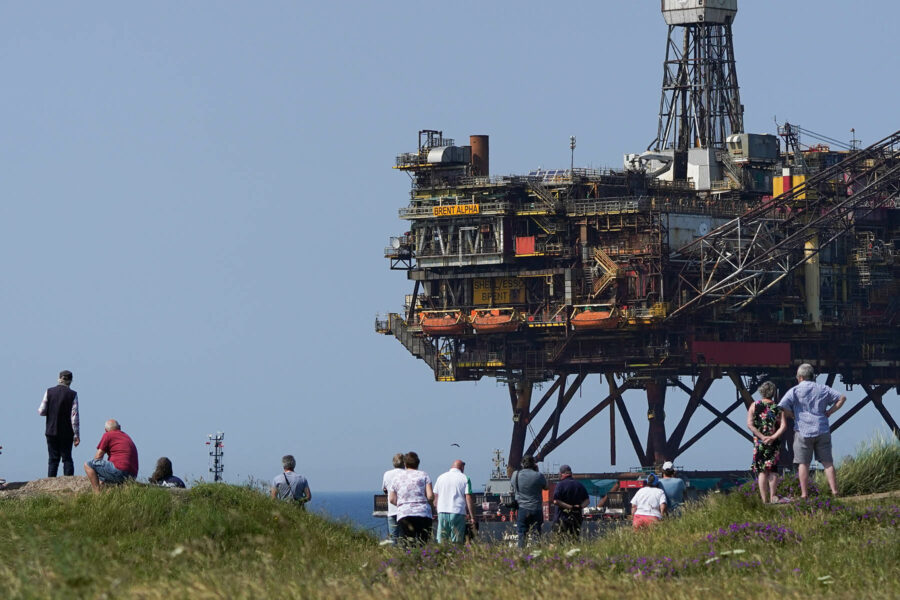 Funding for polluting projects remains alarmingly high. We need to urgently switch this finance toward sustainable projects. The relatively cheap cost of action now compared with the economic disaster of inaction is a math “no brainer” – and the time to act is now 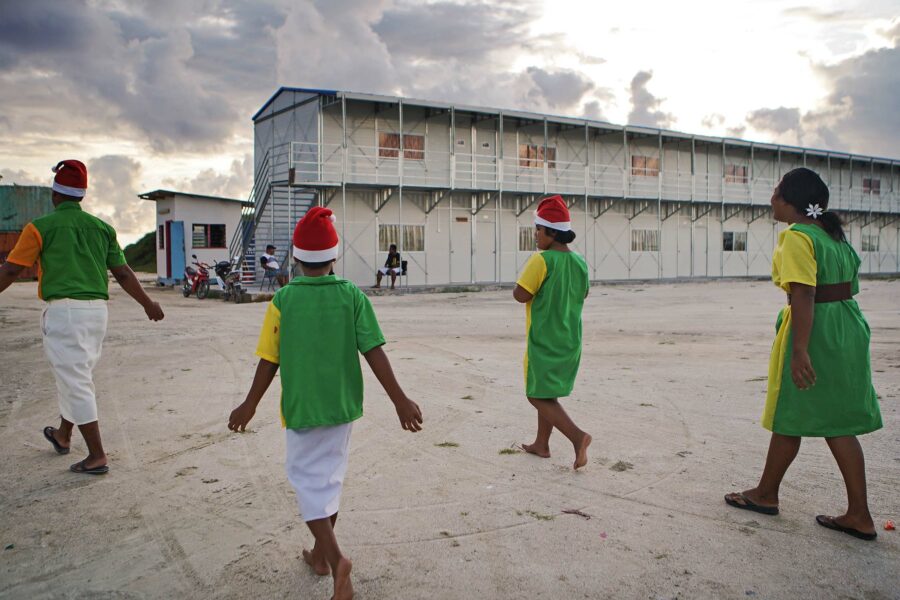 Supporting all countries in the Paris Agreement

All countries need to work towards the Paris Agreement, but for developing countries this can present technological and logistical challenges. How can international partnerships help all countries contribute to and benefit from this common cause?