The UN General Assembly declared 2014 to 2024 as the Decade for Sustainable Energy for All. This resolution emphasized the importance of improving access to reliable, affordable, economically viable, socially acceptable, and environmentally sound energy services and resources for sustainable development. The resolution further highlighted the importance of energy efficiency, increasing the share of renewable energy and cleaner, energy-efficient technologies. The UN General Assembly Declaration is intended to strengthen Goal 7 of the Sustainable Development Goals (SDGs), whose main objective is to achieve affordable and clean energy for all by 2030. Given the importance that the UN General Assembly has attached to sustainable energy for all, what solutions would be transformative in unlocking global action to achieving it?

The transformational impact of technology transfer

One of the critical solutions to the global energy crisis is technology transfer and acquisition. In Katowice, Poland at COP24 in 2018, Parties to the UN Framework Convention on Climate Change (UNFCCC) adopted the technology framework under Article 10 of the 2015 Paris Agreement. Article 10, paragraph 1 of the Paris Agreement states: “Parties share a long-term vision on the importance of fully realizing technology development and transfer in order to improve resilience to climate change and to reduce greenhouse gas emissions.”

Digital technologies offer the greatest potential for access to sustainable energy in developing countries. Digital can play a critical role in transformations that unlock global climate action in the efforts of developing countries to transition to low-carbon energy pathways to meet the targets of SDG 7, which aims to ensure access to affordable, reliable, sustainable, and modern energy for all.

For example, Africa has the ability to leapfrog into a sustainable, energy-secure future. The region is witnessing exponential growth in energy access, partly because Africa is now able to leapfrog the inefficient and unsustainable use of energy commodities that characterised the energy boom in China and Southeast Asia for a combination of technological, regulatory, and financial reasons.

Digital systems can enable demand response that, through continuous monitoring of the energy system, can optimize the balance between demand and supply. This demand response, together with storage systems, increases the flexibility of the overall system, thus permitting an increasing share of renewables, particularly variable and uncertain sources like solar and wind.

In addition, Africa’s successful experiment with information and communications technology (ICT) means that mobile networks can be used to efficiently support the penetration of renewables-based decentralized energy systems, especially in rural areas covered by mobile networks but not reached by electricity infrastructure. In these areas, companies can implement business models based on the pay-as-you-go model, which can be applied to the remote management of standalone renewables systems. Mobile phones can be used as payment tools, thus overcoming the absence of a traditional “physical” banking system and providing customers with the possibility of using standalone units, like rooftop photovoltaic (PV) panels. Customers can pay through their mobile phones in regular installments, giving them eventual ownership of the PV installation. Alternatively, customers can pay a given fee for energy services that allows them to consume the electricity generated without paying significant connection fees at the start, which was previously customary.

In this way, companies are also able to undertake remote monitoring of devices: collecting data on user payments, activating or deactivating services or devices, and so on. This makes the existing mobile infrastructure an effective option to facilitate access to different energy services and bolster penetration of renewables-based solutions. In addition, the possibility of digitally connecting single energy-production units like household rooftop PV systems with consumption assets like electrical appliances, electric vehicles, and industrial production systems would enable the development of local energy communities of consumers and an evolution beyond the traditional categorization into producers, retailers, and consumers.

From an operational point of view, digital sensors generate a significant amount of data and provide real-time information regarding the key functional parameters of power plants and the status of networks. These data are helpful in enhancing efficiency of energy systems – for example, by reducing transmission and distribution losses, whose average value in 2018 in Africa was equal to 16%, and higher than 20% in countries like Ethiopia, Kenya, and Ghana. These data can also lower operating and maintenance costs, allowing for predictive maintenance and decreasing unplanned outages. Better monitoring, improved maintenance, and increased operational life of the infrastructure ensure that they will be operated and maintained in a more effective way over time. Improved operation is also predicted to generate significant monetary savings, which the International Energy Agency (IEA) quantifies at USD 80 billion per year at the global level between 2016 and 2040.

The resurgence of renewable energy potential in sub-Saharan Africa presents unprecedented opportunities for further and enhanced energy access on the continent. Africa could harness these opportunities to be one of the leading actors in the global energy transition, with the resultant promise of enhanced social, economic, and sustainable development benefits.

Even under the most modest estimations, Africa’s renewable energy potential for PV could lead to electricity production of about 660,000 terawatt hours per year (TWh/y), roughly a thousand times current consumption (equal to 652 TWh/y). This potential is mainly located in eastern and southern Africa (220,000 TWh/y and 160,000 TWh/y respectively), followed by northern Africa (about 110,000 TWh/y), western Africa (100,000 TWh/y), and central Africa (60,000 TWh/y). Similarly, the potential for concentrated solar power (CSP) is estimated at 470,000 TWh/y continent-wide.

The critical role of finance in the energy transition

There can be no transformational technology impacts without increased finance for sustainable energy. Access to finance for the required energy transition as envisioned by SDG 7 continues to be elusive, especially in developing countries. Sustainable finance is critical not only for the energy transition, but also for the technological and systems innovation that is required to facilitate that transition. However, there is a huge gap between funds that are currently available and those required to finance sustainable energy for all.

The UN SDG proposed road map to 2030 states that annual investments of around USD 35 billion per year could bring electricity access to those who currently lack it in sub-Saharan Africa. USD 25 billion a year can help 2.6 billion people gain access to clean cooking between now and 2030. The required investments represent only a small fraction of the needed multi-trillion-dollar global energy investments, and would bring huge benefits to one third of the world’s population.

Therefore, international financial flows need to be scaled up to increasingly target those countries falling furthest behind in reaching SDG 7. Indeed, the COVID-19 pandemic has increased investors’ risk perception and shifted public funding priorities in developing countries. International public financial flows are more critical than ever to leverage the investment levels needed to achieve SDG 7.

Dr Rose Mwebaza is the Director of the United Nations Climate Technology Centre & Network (UN-CTCN). She brings over 20 years’ experience on climate change and sustainable development.

She has previously served as Chief Natural Resources Officer at the African Development Bank and held leadership positions within the UN Development Programme. She is a former Lecturer and Deputy Dean of the Law School at Makerere University, Kampala, Uganda. 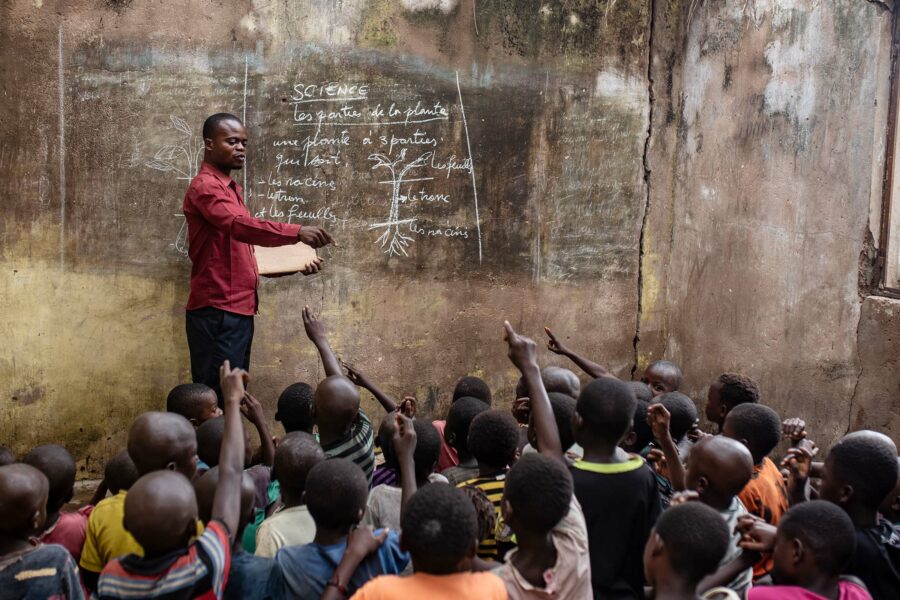 Funding those with the greatest need

Global development finance has been thrown into disarray – first by the pandemic and now the war in Ukraine. Ramping up finance flows to LDCs in the short term might appear unrealistic, but it is more essential than ever if we’re to avoid even greater catastrophes ahead