Professor of Agricultural and Biological Engineering, and Director, Institutes of Energy and the Environment, Penn State University

Across the globe, the fires, floods, and droughts of 2021 are clear evidence that there is already too much carbon dioxide in the atmosphere. Getting to zero emissions with solar and wind is no longer enough – we now need to reverse climate change and draw down atmospheric carbon.

Fortunately, our planet is blessed with a 3.5-billion-year-old biotechnology that does exactly this. It runs entirely on solar energy, and its byproducts are not toxic waste, but rather oxygen to breathe, clean water to drink, and healthy soil to grow food. Photosynthesis captures dilute CO2 from the atmosphere (currently nearing 420 parts per million, or 0.000420) and concentrates it as plant biomass that is roughly 50% carbon (0.50), overcoming entropy with efficient metabolic pathways unlocked by billions of years of evolution.

Each year, plants absorb about ten times as much CO2 from the atmosphere as all the fossil fuel emissions combined. However, most mature ecosystems are in a steady state, meaning that carbon previously captured by photosynthesis is decomposing as plants, animals, and microbes die, releasing back to the atmosphere gigatons of CO2 that are roughly equivalent to all of the current year’s carbon uptake.

In a good year there might be a net carbon benefit as forests grow and soil organic matter accumulates, while in other years deforestation and fires can erase those carbon gains. Each spring the plants in the northern hemisphere actually do reverse climate change, and by October they have drawn down global CO2 concentrations by 6 or 7 parts per million. But then, in the dark of winter, decomposition plus fossil carbon emissions again begin to have the upper hand (see Figure 1). The Earth breathes.

Figure 1: The power of photosynthesis

This massive cycle of carbon uptake by photosynthesis and carbon release by respiration occurs in backyard gardens, farms, forests, and grasslands across the globe. About half of this primary plant production is already managed by humans, and thus offers us an opportunity to tilt the balance in our favor. We can either encourage more photosynthesis, perhaps with fossil free fertilizers or irrigation water, or we can discourage respiration. And it is the latter option, short-circuiting respiration and putting that carbon in other places, that we will focus on.

First, care must be taken to assure sufficient carbon inputs to the soil. Over the centuries soil has lost over 100 GT of carbon, and replenishing that soil carbon makes economic as well as environmental sense. Plants transfer about half of the carbon they capture in their leaves into the soil, and it is also important to maintain a layer of plant residue on the soil surface to control erosion; farmers and foresters should maximize the retention of that carbon in the soil. But over 80% of the carbon in plant biomass that decomposes on the soil surface will end up directly in the atmosphere, so harvesting aboveground biomass for other uses is key.

Trees are a great carbon sink as they are growing, especially young forests, and we can keep them in that rapidly growing state by selective and sustainable harvests. Grasslands do an even better job of getting carbon into the soil, but do not accumulate much carbon above ground. Recognizing the importance of natural ecosystems for biodiversity and ecosystem health, we do not want to harvest everything or everywhere. But if we are going to harness the power of photosynthesis as a climate solution, we need to recognize that every molecule of plant-captured carbon is precious, and develop systems to retain that carbon at gigaton scales.

Sustainable harvest of aboveground biomass from grasses, trees, or crop residues can provide feedstocks for bioenergy, biochemicals, and biomaterials, displacing fossil carbon. But to reverse climate change, we need to get much of that carbon harvested from ecosystems out of circulation and into materials, back to soil, or deep underground.

While burning biomass for energy immediately releases that carbon back to the atmosphere, if the carbon dioxide in the flue gas is captured, that captured CO2 can be stored in geologic reservoirs. Capturing CO2 remains expensive, but is an important target for RD&D. Many of the biochemical and thermochemical routes to biochemicals and biofuels produce concentrated CO2 as a byproduct, either as off-gas from fermentation or as a side stream from gas cleanup options.

These CO2 byproducts are often at concentrations close to 100%, while the solids in fermentation byproducts and biochar represent additional concentrated carbon resources. Those carbon byproduct streams are often 50% or more of the total carbon flowing to the main fuel and chemical products, so injecting that carbon into geologic storage or returning solids to farmland can therefore roughly double the carbon negative benefits of the biofuel or biochemical system.

Biomaterials can be an impressive option for carbon removal. Wood has long been used as timber for buildings and heirloom furniture, and we need more such long-lived products, like newer bioplastics and biocomposites. Using this biomass carbon in applications that substitute for concrete, steel or petroleum-based plastics, the combination of offsets for fossil carbon and long-term carbon removal can realize a two to five times greater carbon benefit than leaving a tree in the forest.

Manufacturing long-lived products from biomass, and directing biomass CO2 into geologic carbon storage, represent long-term carbon removal. Both eliminate the risks of fires, pests, and land use change that can destroy carbon stored in natural ecosystems. As we decarbonize the fossil economy, we must also find ways to leverage photosynthesis to recarbonize ecosystems and industry. If we want a climate positive world, we are going to need a carbon negative bioeconomy.

Building a sustainable bioeconomy based on photosynthesis can realize negative carbon emissions at the needed scale, but we need to demonstrate that potential and put the financial, technology, and workforce development programs in place now if we are going to achieve a just transition.

Tom L. Richard is a professor of agricultural and biological engineering and the Director of the Institutes of Energy and the Environment at Penn State University. His research focuses on applications of engineering science to living systems, developing market-based strategies for a more sustainable agriculture and the emerging carbon negative bioeconomy. 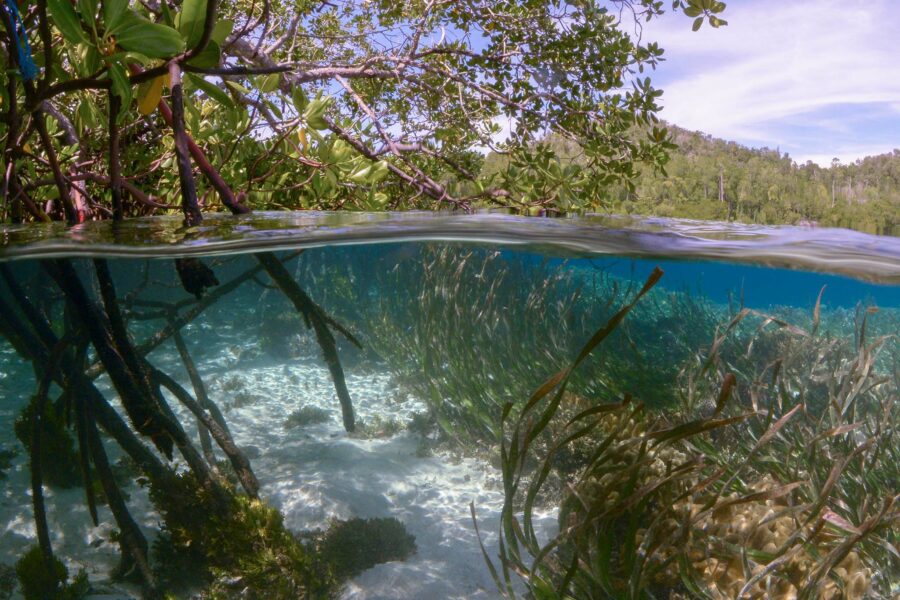 A G20 for the global good

Recent years have seen the G20 become more factional, with countries competing for national advantage. Indonesia, holder of the G20 presidency for 2022, intends to rally the member countries to deliver a unified, coordinated response to global challenges: a G20 for the SDGs

We can’t rely on business to act in good faith